​All intimate and dating relationships begin with a honeymoon phase that lasts anywhere from a couple weeks to several years. During this period of time, the couple generally forms a bond: they spend time together, get to know each other, share intimate experiences, and more.  Domestic violence usually (but not always) begins after the intimate partners have developed an emotional attachment to each other.   The perpetrator may begin harming the victim with relatively small acts of abuse, such as name-calling during an argument, or verbal humiliation in front of friends and family; then escalates to checking their partner's phone, accusations of infidelity, or other expressions of extreme jealousy and aggression.
<
> 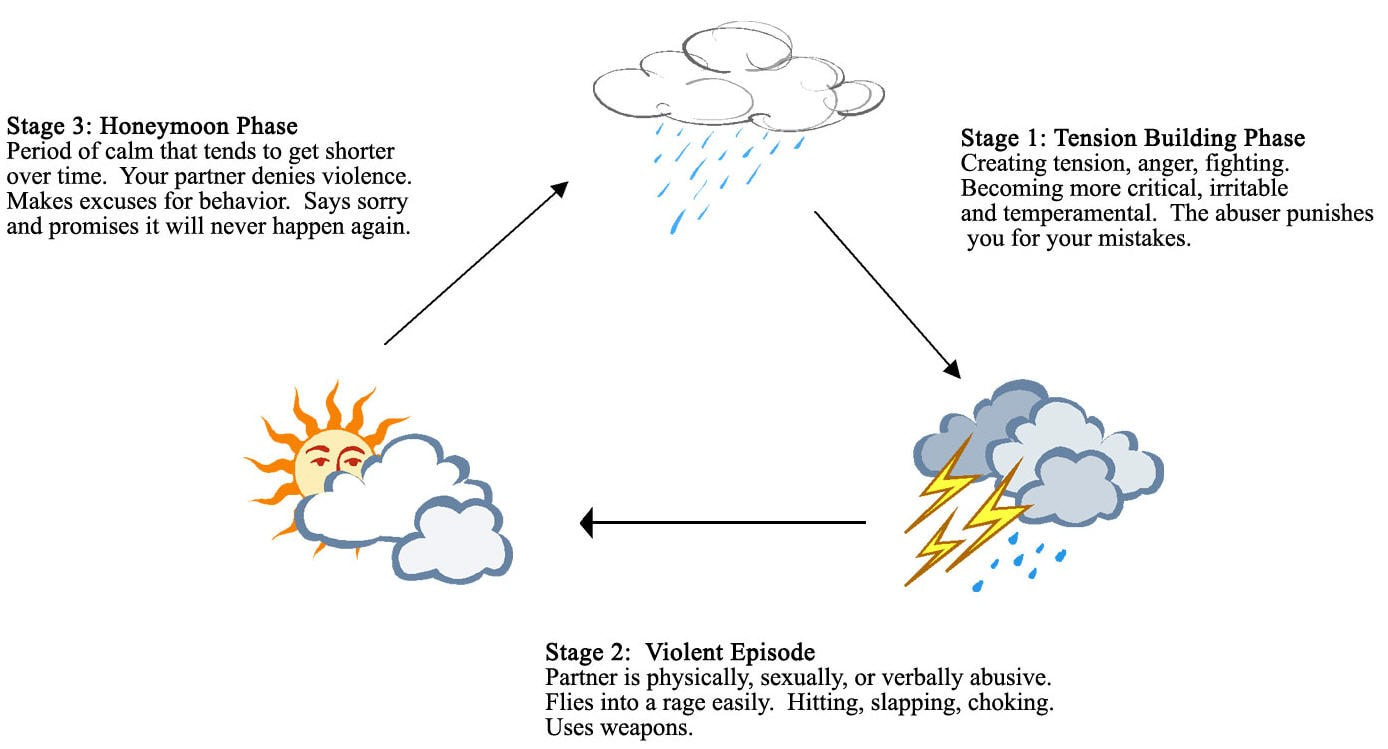 Domestic violence perpetrators rarely use only one form of abuse.  As this wheel illustrates, several methods that abusers may use to hurt their victims work together to create a dangerous and damaging whole.  When one form of abuse is not effective, the abuser will switch tactics until (s)he has re-established power and control over the victim.
​ 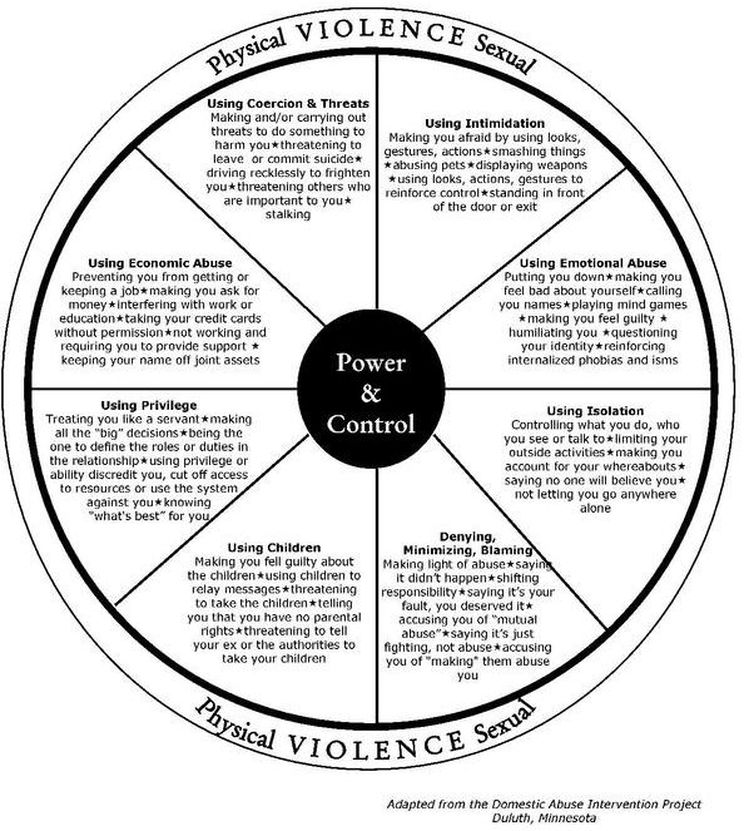